Coaster Gives Back to the Ziegler Family on “Military Makeover”

Here's a look at the amazing journey of the Ziegler Family in “Military Makeover” and the Coaster Furniture pieces that now fill their home. 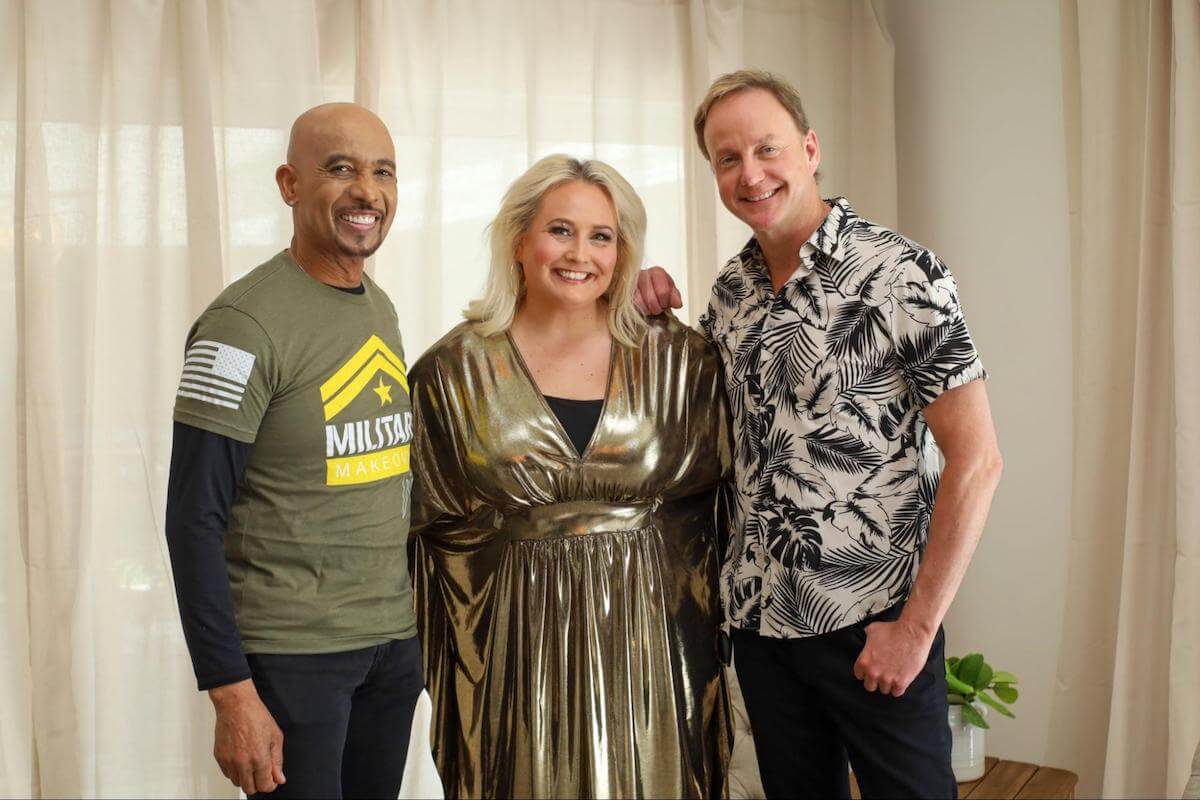 We partnered with “Military Makeover with Montel” for a second time to help a second family of military veterans create a more comfortable home after their life of service.

Our military men and women sacrifice comfort, security, and sometimes much more to serve their country. When they return to civilian life, they’re often left with PTSD and the difficult task of building a new life from the ground up.

After experiencing the traumas of war, every military family deserves a space where they feel safe and comfortable. We were honored to work with “Military Makeover” to create that space for the Ziegler Family — the 30th family served by the show.

Here’s a look at the Ziegler Family’s incredible journey and the Coaster Furniture pieces that now fill their home.

The Ziegler family is headed by Justin and Kristie Ziegler — two United States Air Force veterans who served in the war in Afghanistan.

Justin and Kristie were childhood sweethearts. They met in 8th grade and started dating in 10th grade. Once high school was over, these lovebirds joined the Air Force together. At just 18 years old, they got married to ensure they would be based together during their military service.

After they each completed basic training, they were stationed together at Travis Air Force Base in California. But the two were assigned different deployments and they had to say goodbye to each other many times during their military service.

Both Justin and Kristie pursued military careers that focused on support and healthcare. Justin became a Staff Sergeant and worked as a fire protection technician and an EMT. He served on a base in Kurdistan that provided support to soldiers in Afghanistan. But even when home at the Travis Air Force Base, he witnessed many tragedies.

As an EMT, Justin was often the first on the scene. He responded to horrific accidents and medical emergencies, but the incidents that haunt him most are the suicides of other service men and women who suffered from PTSD.

Kristie also witnessed many terrible accidents. She trained as a dietary technician, and during her deployment to Bagram Air Force Base in Afghanistan, she provided medical care to service men and women, as well as Afghani civilians wounded by IEDs — many were young children. Kristie was awarded Airman of the Year in 2006 for her service.

Kristie and Justin retired from military service in 2008. Justin has continued to serve his community as a lieutenant in the local fire department while Kristie started her own business — a health and fitness center.

The couple now has two children and a place to call home, but that home was outdated with flooring missing in some rooms, doors missing in others, and furniture missing throughout the house. With no fully furnished rooms, the Ziegler’s home was far from the peaceful sanctuary they deserved. That’s when “Military Makeover” stepped in and asked us to lend a helping hand.

“Military Makeover with Montel” is a very special series on Lifetime TV. It’s hosted by talk show legend, Marine Corp and Navy veteran, and military advocate Montel Williams. Together with co-host Art Edmonds, designer Jennifer Bertrand, and the rest of their home makeover team, they provide complete home renovations for military veterans and their loved ones.

By transforming houses into forever homes, this TV show helps improve veterans’ quality of life — providing them with peace and comfort, and taking a lot of difficult and expensive projects off their plates.

But the service that “Military Makeover” provides goes well beyond home makeovers. This TV show also assists veterans with educational segments about the programs available to help them reintegrate into civilian life. And in Montel Williams’s “Operation Career” specials, the show travels the country, interviewing veterans who are rejoining the civilian workforce.

The Zieglers are the 30th military family to receive a “Military Makeover.” It was a milestone season, so we felt honored when team members from the show’s production company, Brandstar, reached out to ask if we wanted to help.

After the Zieglers served our country with honor, we were excited to honor them with this gift.

We worked with the show’s designer, Jennifer Bertrand, to make sure the Ziegler family got the perfect furniture to fill their space and fit their style. The Zieglers wanted to add coastal farmhouse style to their home. They like their space to feel simple, clean, and clutter-free, but they also have children and pets, so every piece needed to be just as functional as it was fashionable.

Jennifer chose pieces that were light, bright, and airy. Together, we furnished every room in the Zieglers’ home so the space finally felt whole. Here’s a look at the furniture we added throughout the house.

The Zieglers had a spacious living room, but it was originally full of mismatched furniture, with their TV balancing on two chairs and no TV stand in sight. We filled the space with a large, plush sectional so the family can now enjoy movie nights together.

New furniture transformed the Ziegler’s large, open dining room into a multifunctional space. We added a lot of seating options so the family has room to eat, work, and relax.

The Zieglers’ two boys share a room. With some intelligent, functional design — and the right pieces of furniture — we were able to carve out separate spaces for each child within their room. We not only provided the boys with new beds, but also new mattresses and plenty of stylish decor.

The bedroom should be a place of rest and relaxation, but Justin and Kristie hadn’t had the time to make their room a priority. We provided them with the sanctuary they deserve by adding these pieces.

When the Ziegler family first saw their new home, they said over and over again that it was more than they ever could have imagined. That perfectly sums up our experience with “Military Makeover.”

Seeing this family return home to a comfortable, finished space made our hearts more full than we ever could have imagined. We hope they make many happy memories and take many family photos with their new furniture.

If you want to see the Ziegler family’s home reveal, head to militarymakeover.tv to watch the 30th season of “Military Makeover.” To get these looks in your own home, visit a Coaster Furniture partner to shop for the pieces you saw here. 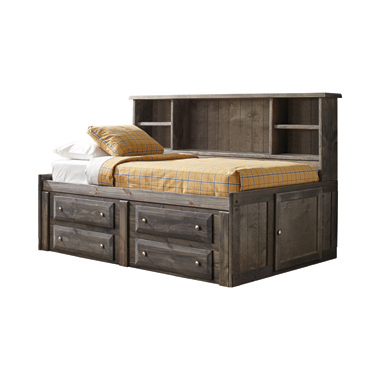 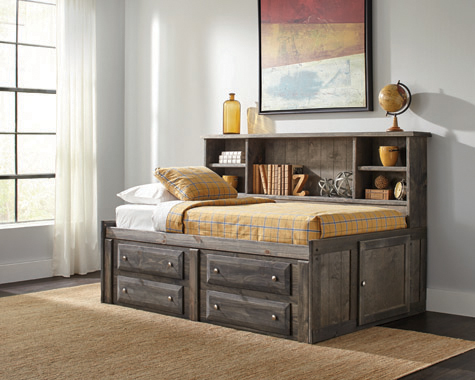 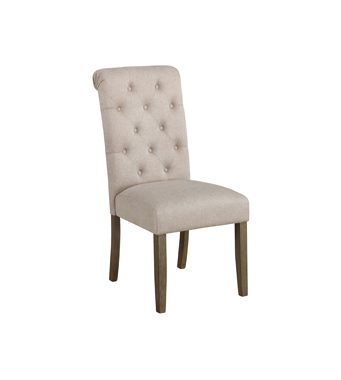 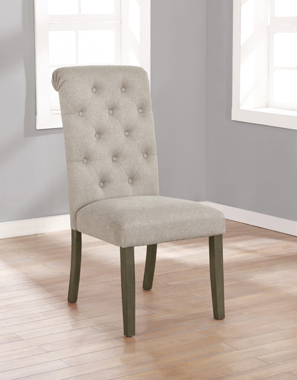 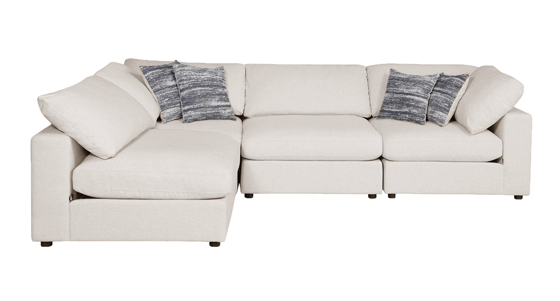 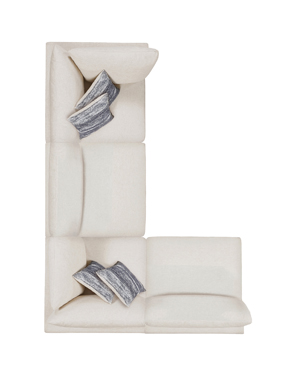